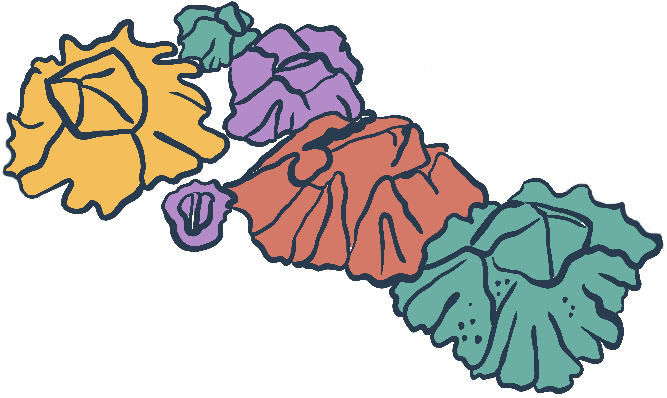 According to Google Trends, “what is the keto diet” was the most searched health question in 2017. Ketogenic diet refers to a high healthy fat, low carb diet. While the consumption of certain kinds of fats are recommended to be avoided, there are still some essential fatty acids required for our body. The human body can synthesize most of the fats it needs from our diet. However, two essential fatty acids, eicosapentaenoic acid (EPA), and docosahexaenoic acid (DHA), cannot be synthesized in the body and must be obtained from food. These basic fats, found in algae and fish, are called omega-3 fatty acids, which are important in the normal functioning of all tissues of the body.

It is vital for everyone to eat foods that are rich in omega-3 fatty acids on a daily basis. Omega-3s are used in the formation of cell membranes and assist in improving circulation and oxygen uptake. The recommended amount for adequate omega-3 intake is 1.1 and 1.6 grams per day for women and men, respectively over the age of 14.
Most health professionals recommend adults get 250mg to 500mg of EPA and DHA per day for general health and wellbeing (GOED Eye Health Infographic 2017).

Traditionally, Omega-3 supplements have been derived from fish or krill oils, but this is increasingly seen as unsustainable, and problematic due to toxicity from heavy metals and pesticides. In addition, all animal products including fish contain cholesterol and saturated fat—and have no fiber, an essential nutrient for digestion, cancer prevention, and weight loss. This coupled with an increased consumer demand for plant-based alternatives is resulting in another source of Omega-3s emerging – algae.

In addition, algae are fairly simple and inexpensive to farm – only requiring sunlight, carbon dioxide, nitrogen, and phosphorus to grow; and sustainable – one of the few farming operations that has a carbon neutral footprint (meaning that the process expels no new carbon into the atmosphere).

Omega-3 fatty acids are important in the normal functioning of all tissues of the body. Omega-3s play important roles in the body as components of the phospholipids that form the structures of cell membranes. DHA, in particular, is especially high in the retina, brain, and sperm.

Omega-3s (along with omega-6s) provide energy for the body and are used to form eicosanoids. Eicosanoids are signaling molecules that have similar chemical structures to the fatty acids from which they are derived; they have wide-ranging functions in the body’s cardiovascular, pulmonary, immune, and endocrine systems.
‍

The only poly-unsaturated fatty acids (PUFAs) allowed into the healthy brain in any appreciable amount are omega 3 DHA and the omega 6 derived (or obtained directly from animal foods) arachidonic acid (AA). DHA makes up about 30% of brain matter. While AA is found in equal amounts all over the brain, DHA is found predominately in the gray matter. That’s where our thinking takes place.

Important cell membrane proteins, such as ion channels, depend on the presence of PUFAs to be incorporated correctly into the membrane. If all is well, the PUFAs serve as part of “lipid rafts” that are required for transport of protein and signals through the membranes, the formation of synapses, and maintaining the integrity of the neuronal membranes. All of these functions are dependent upon DHA and are obviously vital for the tip-top functioning of our complex brains.

It is especially important to obtain adequate essential fatty acids from your diet during pregnancy and lactation. Recent research suggests that these fatty acids are needed for fetal growth and fetal brain development. Research findings by a Norwegian group suggest that a mother’s intake of the Omega-3 DHA in pregnancy was associated with an infant’s skill in problem solving at 12 months.
Essential fatty acids are also important for infants in order to ensure proper growth and development, and normal functioning of all tissues of the body. Increased omega-3 fatty acid intake in the immediate post-natal period is associated with improved cognitive outcomes.

It is important that the mother’s diet contain a good supply of omega-3s because infants receive essential fatty acids through breast milk. Pregnant women and lactating mothers may also opt to take a DHA supplement.
The Oxford-Durham study (2015) found significant improvements in reading, spelling, and behavior in children with Developmental Coordination Disorder (DCD) over 3 months dietary supplemented with omega-3 and omega-6 fatty acids. DCD is a motor skills disorder that affects five to six percent of all school-aged children. DCD is commonly associated with other developmental conditions, including attention deficit/hyperactivity disorder (ADHD), learning disabilities (LD), speech-language delays and emotional and behavioral problems.

Omega-3 DHA occurs in high amounts in the retina of the eye. According to a study published in Investigative Ophthalmology & Visual Science found that DHA prevented age-related vision loss in lab mice.

Proliferative retinopathies are a leading cause of blindness. These diseases, such as diabetic retinopathy and retinopathy of prematurity, are caused by abnormal blood vessel growth, or neovascularization, in the retina, the part of the eye that detects and converts light into electrical signals sent to the brain. In 2007, a team of researchers published a study, led by Lois Smith, M.D., Ph.D., professor of ophthalmology at Harvard Medical School, Children’s Hospital Boston, that suggested EPA and DHA omega-3 fatty acids may prevent these diseases.

Dietary supplementation with omega-3 DHA and EPA can reduce the risk of cardiovascular disease. The omega-3s benefit heart health including reduced inflammation and lower blood pressure.

Omega-3 and omega-6 fatty acids are important in the normal functioning of all tissues of the body. Deficiencies in these fatty acids lead to a host of symptoms and disorders including abnormalities in the liver and the kidneys, reduced growth rates, decreased immune function, depression, and dryness of the skin.

Physicians recommend eating a low-fat diet with minimal processed foods and with naturally occurring omega-3 fatty acids. A lower omega-6:omega-3 ratio is desirable for reducing the risk of many chronic diseases. Algal omega-3 is emerging to be a very good alternative for omega-3 DHA and EPA since fish has serious problems in terms of sustainability and toxicity. In addition, algae is simple and inexpensive to farm – only requiring sunlight, carbon dioxide, nitrogen, and phosphorus to grow; and sustainable – one of the few farming operations that has a carbon neutral footprint.

In conclusion, a well-planned plant-based diet rich in fruits, vegetables, nuts, seeds, legumes, and a plant-based source of omega-3 EPA and DHA will allow to obtain plenty of these omega-6s and omega-3s for optimal health benefits.